Women consisted of a quarter of the population living outside the walls of Fort Pitt in the early 1760s. Two Pittsburgh censuses exist from that time: the first from July 1760 and another from April 1761. These two include the majority of identified women living in the vicinity at the time, with additional women found through the use of store ledgers, the papers of Colonel Henry Bouquet, and private journals. Currently, the list sits at slightly over 100 identified women at Fort Pitt in its first few years of existence. 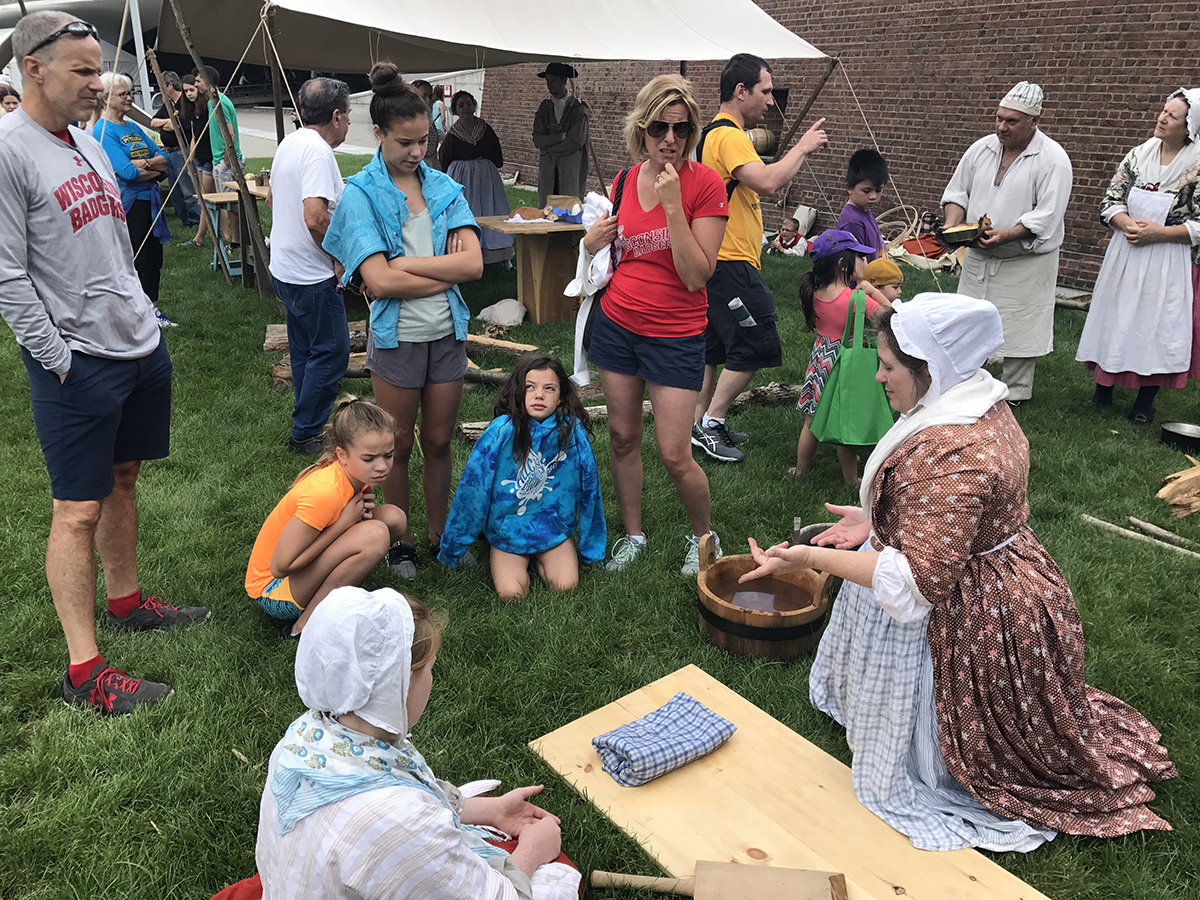 The 1760 and 1761 censuses provide a good platform for statistically analyzing the population at Fort Pitt through Pontiac’s Rebellion of 1763. Although they only include those living outside of the fort, they appear to contain most, if not all, of the women living in Pittsburgh at the time.

Pittsburgh’s population grew from 149 people in 1760 to 332 people in 1761, and the number of women grew from 29 in 1760 to 75 in 1761. Of those 75 women in 1761, 23 are identified as either wives of soldiers or servants to officers. Last of all, out of the 160 houses listed, three of the houses are listed as having only individual women living in them, though their identification has yet to be determined.

In the British military during the French & Indian War, three to four women were allowed per company. These women would draw half rations but were expected to work in various capacities as either laundresses or nurses. The first battalion of the Royal American Regiment appeared to greatly exceed that allowance, as at least 10 women were part of the Royal American Regiment at Fort Pitt in 1761. The women belonging to the military were not permanent residents of Pittsburgh and were subject to move as military requirements dictated. At least four women of the Royal American Regiment accompanied British officer Henry Bouquet and 500 soldiers on Bouquet’s expedition of 1760, but two months later in September, the women were awaiting a horse to help carry their belongings back to Fort Pitt. The wife of Sgt. James Mcintosh of the Royal Americans was ousted from Pittsburgh in June of 1761 for hiding two deserters in her house.

The women not directly associated with the military who lived near Fort Pitt vary. Some were wives of contractors doing various work for the army; others were with Indian traders or American Indians; and some were wives of local artisans, such as Mrs. Cate Cramer, a shoemaker’s wife.

Today, most living history events at the Fort Pitt Museum consist of a dedicated group of volunteers who help interpret the daily lives of these women. The museum’s upcoming Women’s History Seminar on Saturday, July 28 is a great opportunity to learn more about the lives of 18th century women.

Justin Meinert is the living history program coordinator at the Fort Pitt Museum.